Skip to content
Some time ago, the smartphone industry adapted to the 4G network. And now almost all Android phones support 4G. Most phones have general network settings where you can select only the 2G, 2G/3G or 2G/3G/4G network. However, if you want to select 4G (LTE) mode only, this guide is for you. Here’s how to set LTE mode only on Android phones. 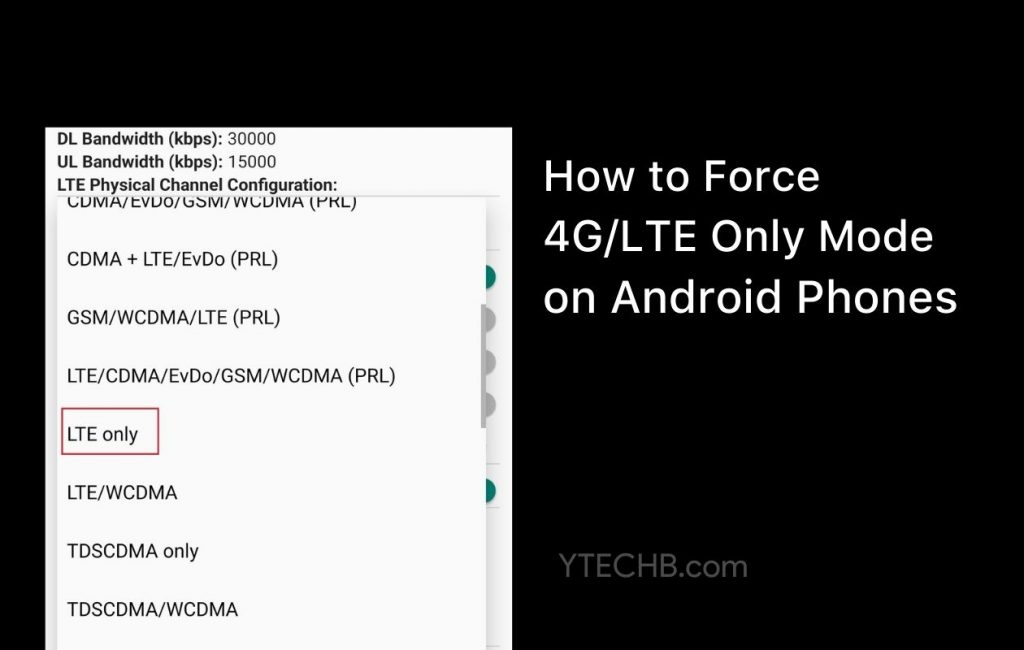 In this tutorial, we are going to publish a tutorial with a third-party application. It will help all users to force 4G mode only, even if they have not installed their phone yet. There are several applications available on PlayStore, but here we will share a paid application that works well on Android phones. Now let’s continue with the tutorial.

Step 1: First, make sure you are using a 4G SIM card in your Android phone.

Step 3: Open the application on your phone and select the method under ForceLTE.

Step 4: You can also choose method 3 if your phone has the latest version of Android 11.

Step 5: After choosing a supported method, you will be redirected to the “Phone Info” page.

Step 6: Now scroll through the phone information to set the desired network type and select the LTE only option.

Step 7: Now run the ping test to see if it passes the various pings on the networks.

That’s it, you can close the application now. And when you select “Preferred Network Type” in the phone settings, none of the options will be selected. This means that you have successfully selected the “4G LTE only” mode on your Android phone.

This guide is useful if you are in an area where the 4G network is weak, but you still want to use fast internet. Selecting 4G mode only does not switch to 3G or 2G mode. It supports the 4G network by forcing the network to operate in LTE mode. This application also works for two SIM cards.

In addition to the advantages, there are also some disadvantages, such as the inability of users to make or receive calls on certain devices. Also, on some devices, users cannot send text messages when LTE-only mode is activated. To remedy this, change the preferred network type in the system settings.

There are many similar applications that we can use to force LTE mode only for Android modes. If this application does not work for you, you can try their alternative – 4G LTE Only Mode by Gigantic Apps. And if you find a good app that supports most devices, please share it with us and we will update the information.

So here is a complete guide on how to force 4G LTE mode only on Android phones without root. I hope you find this guide useful for other similar guides, stay tuned to YTECHB. If you have any questions about the guide, please let us know in the comments below.

How can I use 4G LTE on Android?

First, move the cursor to the Home screen, press the Settings icon, and then Network & Internet. Next, tap the Mobile Network menu, and then tap More. Finally, press the LTE selection to move to 4G.

How do you use only LTE power?

How to “force” 4G LTE on Android phones – Steemit

Why is my 4G LTE not working?

If you are having a problem with your mobile data, one of the first things you should try is turning Airplane Mode on and off. The ….paths may vary slightly depending on the version of Android and the manufacturer of your phone, but usually you can turn on Airplane Mode by going to Settings > Wireless & Networks > Airplane Mode.